Sixteen year old Maxwell Marion Morton was arrested after he posted a photo of himself posing with the body of murder victim, Ryan Mangan, on Snapchat.  Morton sent it to a friend and eventually it was brought to the attention of the police.  Morton has been charged as an adult for the killing. (Washington Post)

This case brings to light the importance social media can have in investigations.  We are pleased to announce that Julie Fontaine will be returning to INLETS this year to delve into the exploitation of social media to further an investigation.  Her multi-day workshop is sure to be one not to miss!  To register, click here.

A Dutch mother has been reunited with her teenage daughter in Turkey after she fled to marry a Dutch-Turkish Islamist.  The daughter left the Netherlands in February and is now waiting at the Turkish border with her mother to travel home.

The teenager became radicalized quickly after meeting the jihadist she eventually married through social media.  Her passport was seized by police when they were notified of her plans to travel to Syria.

Her mother traveled to Raqqa to find her and bring her back to Turkey.  Once the teenage returns home, she will likely be questioned about her involvement in any crimes.  This girl is just one of many Westerners that have radicalized and joined ISIL since their rise. (BBC)

Gerald Roberts, Jr. of the FBI will be joining us at the Day on the INLETS: Terrorism Financing and Fraud on December 10, 2014.  He will  be discussing the rise of ISIL and some of the techniques they use to fund their terrorism. To register, click here.

As the World Cup approaches, Brazil is facing an increase in child sex workers in areas that are undergoing development.  With the influx of workers, there’s also been an influx of men looking for sex.  One in four sex workers is believed to be underage and multiple non-profit organizations have been started to help combat the issue.  Read more on BBC. 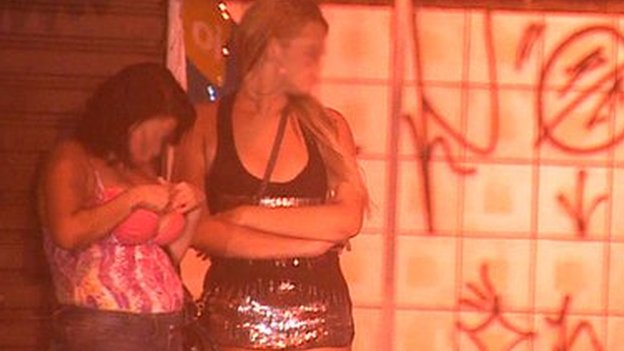 There will be multiple presentations on trafficking and child exploitation at out upcoming 4th Annual Conference.  Thompson Reuters Special Services & the International Centre for Missing & Exploited Children will be presenting their research on BitCoins and their use in child exploitation.  Representatives from Fairfax County Police Department & the FBI will be presenting a case study on gangs and human trafficking.  To register for the event, click here.

Eight men have come forward claiming to be the victims of a cyber sextortion scheme according to the West Midlands Police in an article published by the Guardian.  Eight men have claimed they were lured into online video sex chats where screenshots were taken and then used to blackmail them into sending money to offshore accounts.

IP addresses are often traced back to foreign countries, making further investigation and prosecution more difficult.  Police warn that the moment you reveal yourself on video chat, you open the opportunity for this kind of extortion. 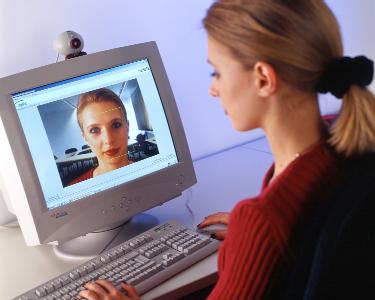 Crane Hassold of the Behavioral Analysis Unit of the FBI will be joining us at our 4th annual conference to present his work on the Miss Teen USA sextortion case that was recently adjudicated.  To register for this event, please click here.

In late August, two high schools sent nearly forty students to the United States Holocaust Memorial Museum in Washington, D.C. on a class field trip.  Shortly after they left the museum, they were asked to write letters to a loved one about their experience.  The students expressed sadness and confusion about how this could happen.

One student wrote to her father: “When you mentioned the room of shoes to me and said that it’s really hard to even begin to fathom that all of those shoes belonged to someone at some point … you were completely right. I hope we can go there together someday. While I was there I felt sadness overtake my whole being. It was just so sad. Why did this have to happen to our people?”(Cleveland Jewish News) Visitors pass beneath a cast taken from the original entrance to the Auschwitz death camp, inscribed with the phrase Arbeit Macht Frei (Work Makes One Free). (Photo by Bill O’Leary/The Washington Post)

Since 2000, the FBI has sent every class of new Special Agents to the museum as part of their ethics training while at Quantico.  This year we are pleased to present the same opportunity to our conference attendees.  Wednesday afternoon, attendees will take a bus to Washington DC and go through the museum with time afterwards to explore more of our Nation’s Capitol.  Our Thursday morning general session will be led by David Friedman of the Anti-Defamation League.  Mr. Friedman will talk with attendees about what separates them from the law enforcement officers that worked with the Nazis.

Multiple new agencies have been reporting about criminals targeting people online for large payouts.  A woman was scammed out of nearly $86,000 by someone she met on Match.com (story here). And it was reported today that organized crime groups have been approaching businesses  as legitimate business partners and scamming companies out of thoughts, sometimes even millions, of dollars (story here).

Online safety has become more and more important as we conduct more of our personal and professional lives on the internet.  Special Agent Jess Cugno of the FBI will be joining us in June to discuss the Campus Online Safety Tips (C.O.S.T.) initiative.  This working group focuses specifically on academia, but could provide useful information for those in other fields as well.

Itzcoatl Ocampo, a former Marine, died in his cell before his case went to trial for the 2-month killing spree he allegedly conducted.  In late March, his family was allowed to bury him in a small, private ceremony.

Anaheim police Lt. Julian Harvey speaks at the podium before several police chiefs for a news conference to announce the arrest of Itzcoatl Ocampo as the serial killer of four homeless men, the latest Friday night, where Ocampo was caught in Anaheim, Calif., Saturday, Jan. 14, 2012. (AP Photo/Alex Gallardo)

Accused of killing six people, Ocampo was described by prosecutors as a “monster”, while his father argued that the time his son spent in the military broke him.  While the investigation into his death is ongoing, it is believed he poisoned himself on Thanksgiving with Ajax, a cleaning agent given to inmates in small quantities.

Last year, FBI Special Agent Jeff Cugno and Sergeant Daron Wyatt of the Anaheim Police Department briefed attendees on the case.  This year they return to conduct a 3-day long workshop on homicide task forces.  They’ll cover lessons learned and what worked for their agencies to bring a stop to the homeless homicides in Orange County, California.

Jared James Abrahams was sentenced to 18 months in prison for hacking into 12 victim’s computers and surreptitiously taking nude images of them while they were dressing.  He threatened to release the images on social media if the victims did not send additional images.  One of his victims included 2013 Miss Teen USA Cassidy Wolf.  Abrahams was facing up to 11 years in prison on extortion and cyber crime charges.

Crime Analyst Crane Hassold of the FBI’s BAU will present this case study at our 4th Annual Mid-Atlantic INLETS conference in June.  To register, click here.

via Brightcove
An economics professor had his class disrupted on George Mason University’s Arlington campus, when a non-student entered his classroom to make a “citizen’s arrest”.  While no one was seriously injured, the attack serves as a reminder of the types of violence and resulting chaos that can occur on college campuses.  Dr. Gene Deisinger of Sigma Threat Management Associates and Virginia Tech Police Department will be joining us during our 4th Annual Mid-Atlantic INLETS Conference to discuss best practices for campus threat management programs.  To register for the conference, click here.
Case study, News, Speakers Annual Conference, News, Speakers, workshop No Comments on Vigilante Attacks GMU Professor with Pepper Spray during “Citizen’s Arrest”
CDC Announces Jump in Autism Spectrum Disorder Diagnoses

Between 2008 and 2010, autism diagnoses climbed 30% according to the CDC.  It is believed now that 1 in 68 children have an autism spectrum disorder, up from 1 in 88 as previously reported.  Many argue that this increase is the result of increased awareness and better diagnostic tools, rather than an increase in the number of children with the condition.  Read more about it in this USA Today article.

It is incredibly important to know how to identify when you may be dealing with a special needs child, especially when the numbers suggest there’s one in every elementary school grade.  Wayne Sheppard of the National Center for Missing and Exploited Children is joining us for our Day on the INLETS programs to discuss high risk behaviors of these children.  We are pleased to announce the rescheduled date for our Wilmington, DE training session.  We will be returning to Delaware on May 15th to offer this program.  To register, click here.  We will be offering the program in Quantico, VA on April 10th, as scheduled.  To register for that date, click here.

For more info on the CDC’s research on autism, click here.

University of Maryland Global Campus is committed to those who support our communities; police, fire, EMS, and those in the Armed Forces.  Ask us to find out more how UMGC supports you through the INLETS program.

Supporting those who protect our communities.